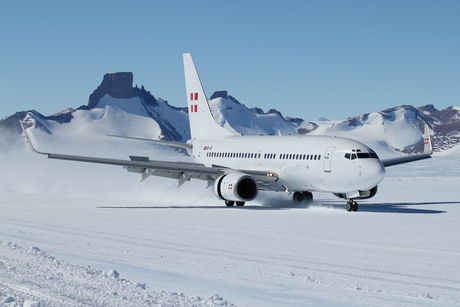 The destination for the flight was the Troll Research Station, located 235 kilometers from the coast in the eastern part of Princess Martha Coast, in Queen Maud Land, Antarctica. Run by the Norwegian Polar Institute, the station is dedicated to environmental and climate monitoring, scientific research and mapping. As such, throughout the summer season, which lasts from November to February, the station welcomes a number of scientists and researchers. The objective of this project was to prove that a commercial airline can operate such a service to the industry safety standards, whilst improving efficiency and minimizing environmental impact.

A huge amount of preparation went into this landmark flight. The aircraft was equipped with a SatCom system to ensure weather updates could be received from the station right up to the point of no return, about one hour out from arrival. The pilots trained in the flight simulator for the visual approach onto the 3000m long ice runway. The flight path was programmed into the computers and new specific charts were designed. The performance of the aircraft’s landing and taking off capability on an ice runway was analyzed, in collaboration with the NPI and the engine manufacturers. Two members of the crew undertook Arctic Survival training and the aircraft was equipped with Polar survival kits. Dennis Kær, the captain, has been working on the project for over a year: “The preparation that has gone into this flight is immense. You have to look at every aspect, consider all scenarios and prepare meticulously for each and every one. There can be no simple assumptions.” The final nod came from the Swiss regulatory authority, which reviewed all the research and gave the approval for the flight to take place under PrivatAir’s commercial certificate.

The weather conditions on the day were perfect and both the flight and landing were smooth. In order to comfortably face the cold temperatures, all passengers changed into Polar survival suits prior to disembarking, a vivid reminder that despite the comfort and ease of the journey, the destination they had reached was extreme. Greg Thomas, CEO of PrivatAir, was on the aircraft and is proud of the achievement: “PrivatAir has a long history of undertaking operational and technical challenges. We are proud that PrivatAir was successful in organizing and operating a flight (up to the international commercial aviation standards) to one of the most remote and hostile places on Earth.”

For the whole Aircontact team, their operator PrivateAir and the Norwegian Polar Institute, there was a sense of having pushed beyond a boundary, and succeeded. The aim now for 2013 is to make this a regular scheduled service. 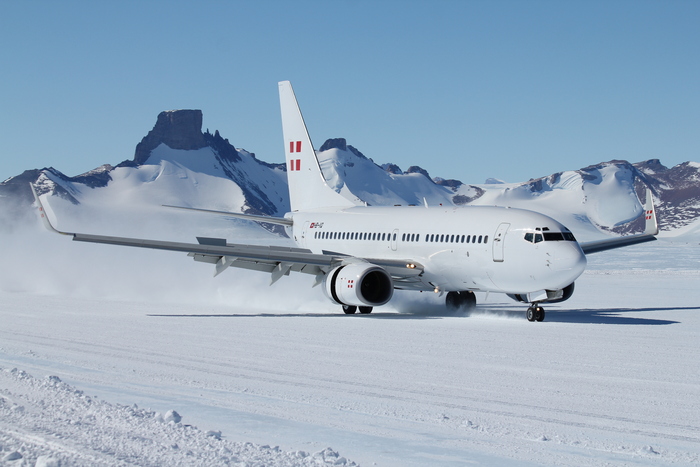